Xiaomi is developing autonomous steering for its first electric car

Chinese manufacturer Xiaomi preparing his first electric car. At present, it is even developing full-fledged autonomous management for this futuristic vehicle model.

A company called Xiaomi Motors, a member of parent Xiaomi, plans to introduce its first electric car in the coming years. However, according to the information available, the manufacturer has shown great interest in autonomous management. 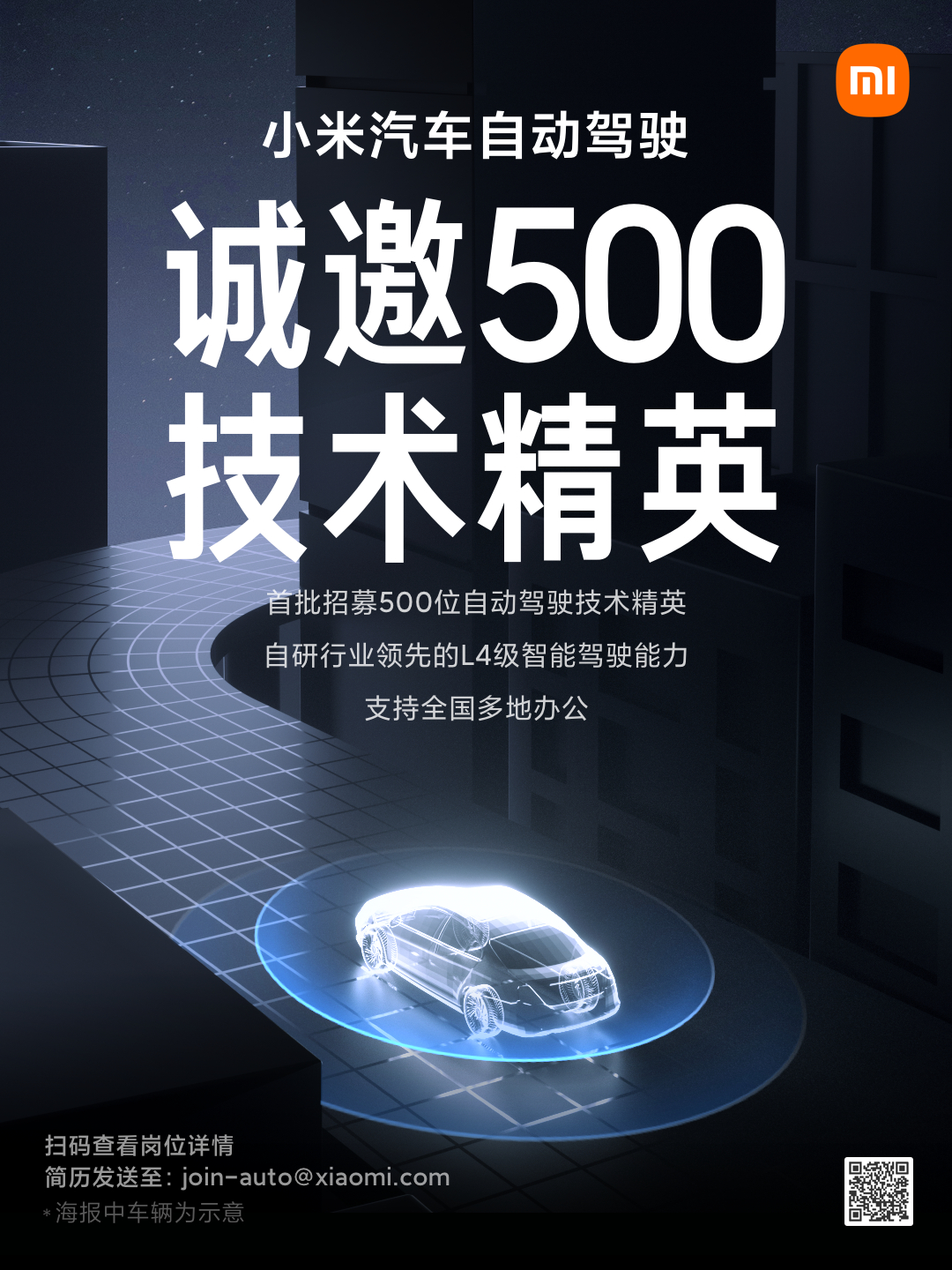 Through the published advertising poster (the original of the poster can be found in the photo above), we know that Xiaomi already has 500 different technologies focused on autonomous management. He plans to use all these technologies in his electric car and thus provide him with full autonomous operation.

500 technology is not enough, Xiaomi is looking for reinforcements

However, a large number of technologies is not enough. The company's advertising poster talks about opening the recruitment of new members for the team Xiaomi Motors. The new employees will belong to the L4 level autonomous management department.

To sum it up, bit by bit, we are gradually revealing a revolutionary product that is not yet in Xiaomi's portfolio. The Xiaomi Motors electric car should offer a more affordable alternative, but it is also likely to include a huge number of sensors designed for autonomous driving.

How do you like the upcoming concept from Xiaomi's workshop? If you have any questions on this topic, you can safely write them to us below in the discussion below the article. Follow our new group on Facebook: Xiaomi Planet - A place for real Xiaomi fans and also our portal Xiaomi Planet and you will learn more.