It wasn't so long ago that Xiaomi introduced its new flagship, the Mi 8 model. It didn't take long for the model to be popular with many fans around the world, as evidenced by the marketability of this model. In short 18 million units were sold in 1 days!

The company has so far offered its new flagship equipped with up to 6 GB RAM. But now everything is changing and the company has started selling the version with 8 GB RAM. A new memory model also comes with 128 GB internal memory. Sales started in the home country of China, with the price set at 420 € / 10 800 CZK. 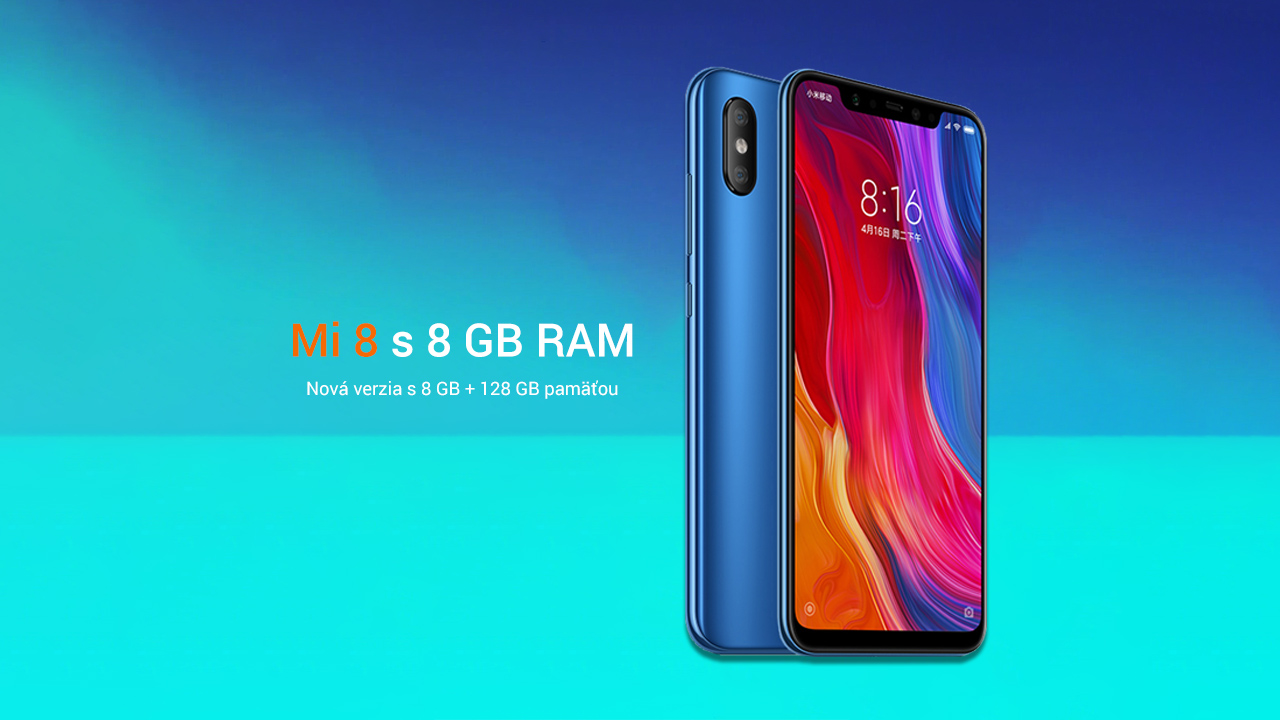 As for other hardware parts, there is no change. The heart of the model remains Qualcomm's flagship processor, the model Snapdragon 845 with eight cores and the highest clock 2,8 GHz. The operating system is Android 8.1 Oreo strengthened by an extension MIUI 10.

There is also a rear dual 12 MPx camera, which with its quality has been placed in the world's TOP 5 among smartphones. AMOLED display with a cut-out, 3400 mAh battery, stereo speakers, infrared face sensor or fast charging QC 4.0 - all this is also part of the new version Mi 8.

Xiaomi has opened its biggest store ever: in addition to electronics, it also sells clothes and furniture

New Xiaomi Mi 8 Pro brings a new color to the fingerprint reader. It will also come to our market