Xiaomi Mi Band 5 was definitely one of the most anticipated pieces this year. With its fitness bracelets, the Chinese giant has won a well-deserved place in the fitness bracelet market.

Therefore, many expected that a version with NFC would appear on the global market, which is currently only available for domestic China. However, this may change as the NFC version has been certified outside of China.

Will we see a global version with NFC?

Xiaomi Mi Band 5 NFC has been certified by the Taiwanese authority NCC. This could mean that the fitness bracelet in the NFC version is ready to enter the global market.

It is common for all products that have been certified in Taiwan to eventually be placed on the global market for Europe as well.

This variant has been certified under the model number XMSH11HM. In the picture above you can see that it differs from the classic Mi Band 5 in that it has a small microphone on one side.

The certification report certainly opens the possibility of Mi Band 5 NFC entering the global market. However, it may be limited to countries where Xiaomi has already developed cooperation with banks or bank card entities. 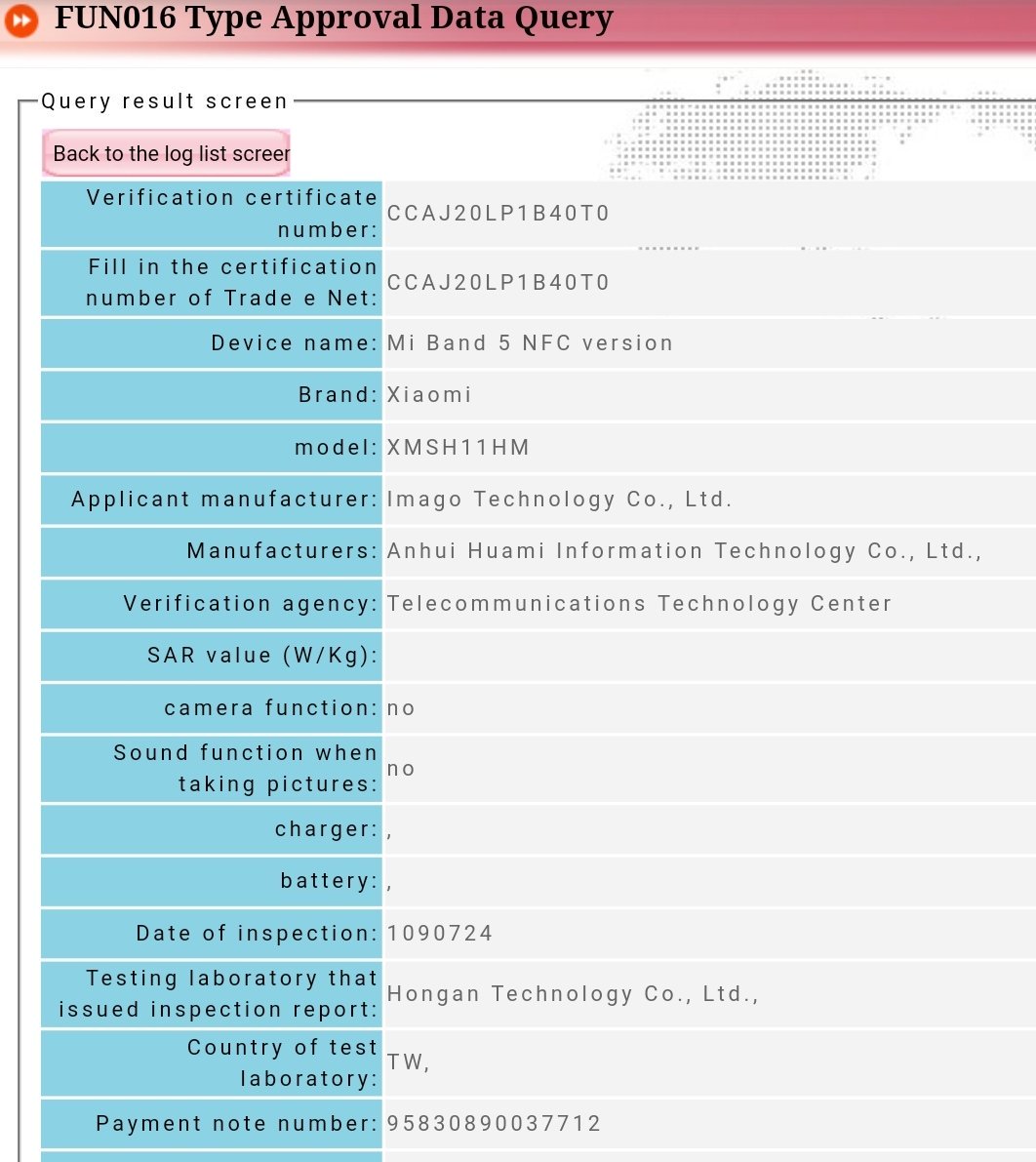 The Xiaomi Mi Band 4 NFC model ended with the arrival in Europe. Russia made its debut in this case on the basis of a successful agreement with the company MasterCard. So if the Xiaomi Mi Band 5 NFC enters the global market, it seems to be really limited to certain countries.

We were pleased with the certification and brought hope that we might see the NFC version of a successful fitness bracelet. But only Xiaomi knows what his plans are. We will definitely inform you in case of further information leakage, so don't forget to follow us.

Extreme flagship Xiaomi Mi 10 Extreme is officially confirmed. We know when they will introduce her