It's already happened: Xiaomi is overtaking Apple for the first time and is becoming the 2nd largest smartphone manufacturer in Europe! | Xiaomi Planet

It's already happened: Xiaomi is overtaking Apple for the first time and is becoming the 2nd largest smartphone manufacturer in Europe!

The Chinese company Xiaomi has reason to celebrate. It has become the 2nd largest smartphone manufacturer in the European market, beating the California giant Apple, thanks to growth of up to 85%.

For the first time in history

Xiaomi has not stopped growing in recent years. According to the latest Canalys study for the first quarter of 2021, Xiaomi has managed to become the second largest smartphone manufacturer in Europe thanks to growth of 85%. In this way, Xiaomi has so far managed to increase its market share to 23% this year.

With a 35 percent market share, the South Korean Samsung holds the first place, improving by 21% year-on-year. Lower growth, namely 22%, was recorded by Apple, which fell to third place with a 19% share of the European market. 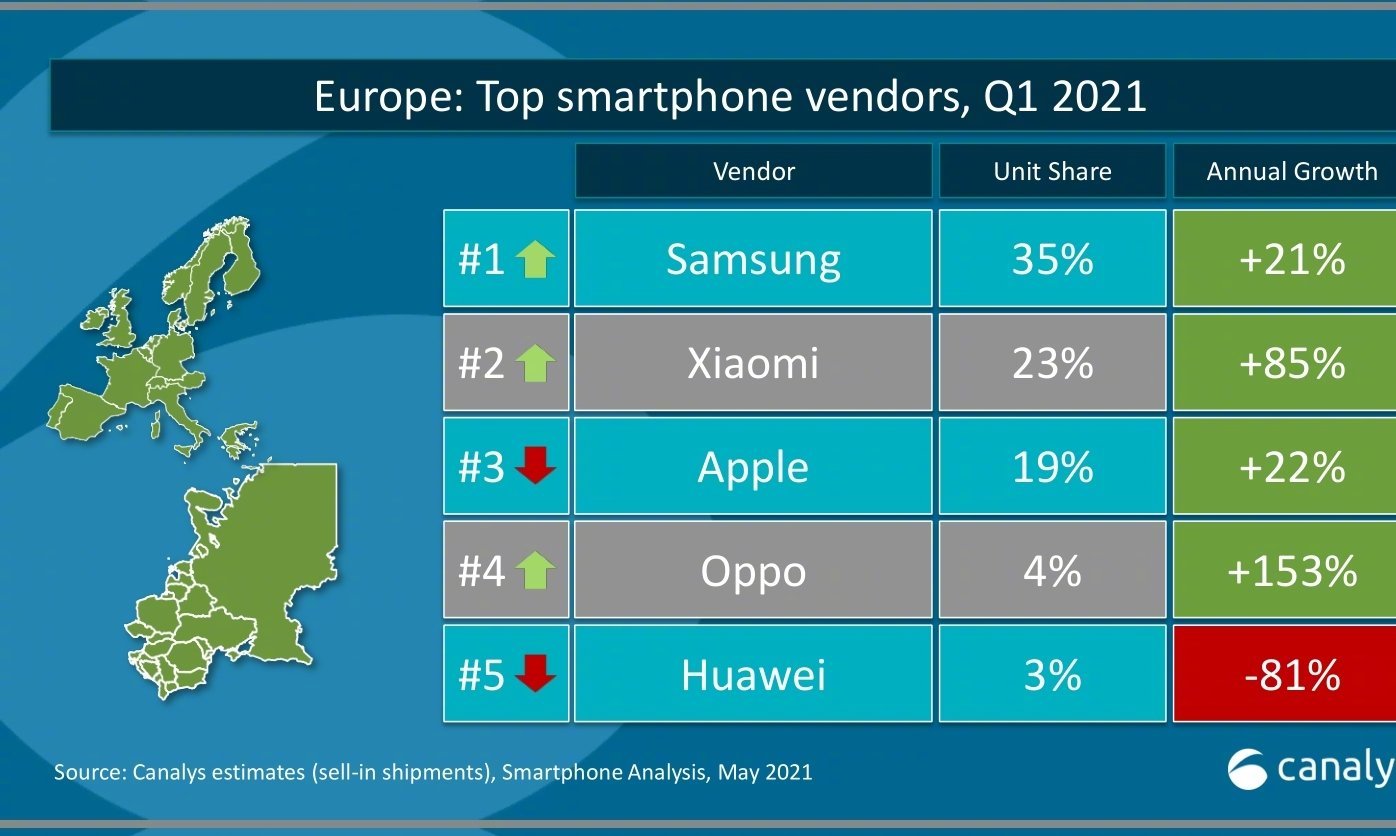 In fourth place was Oppo, whose growth represents an incredible 153%. However, with its 4% market share on Apple, it is already losing significantly. The fifth is closed by the Chinese Huawei, which again fell by up to 81% and with a share of 3% is just below Opp. 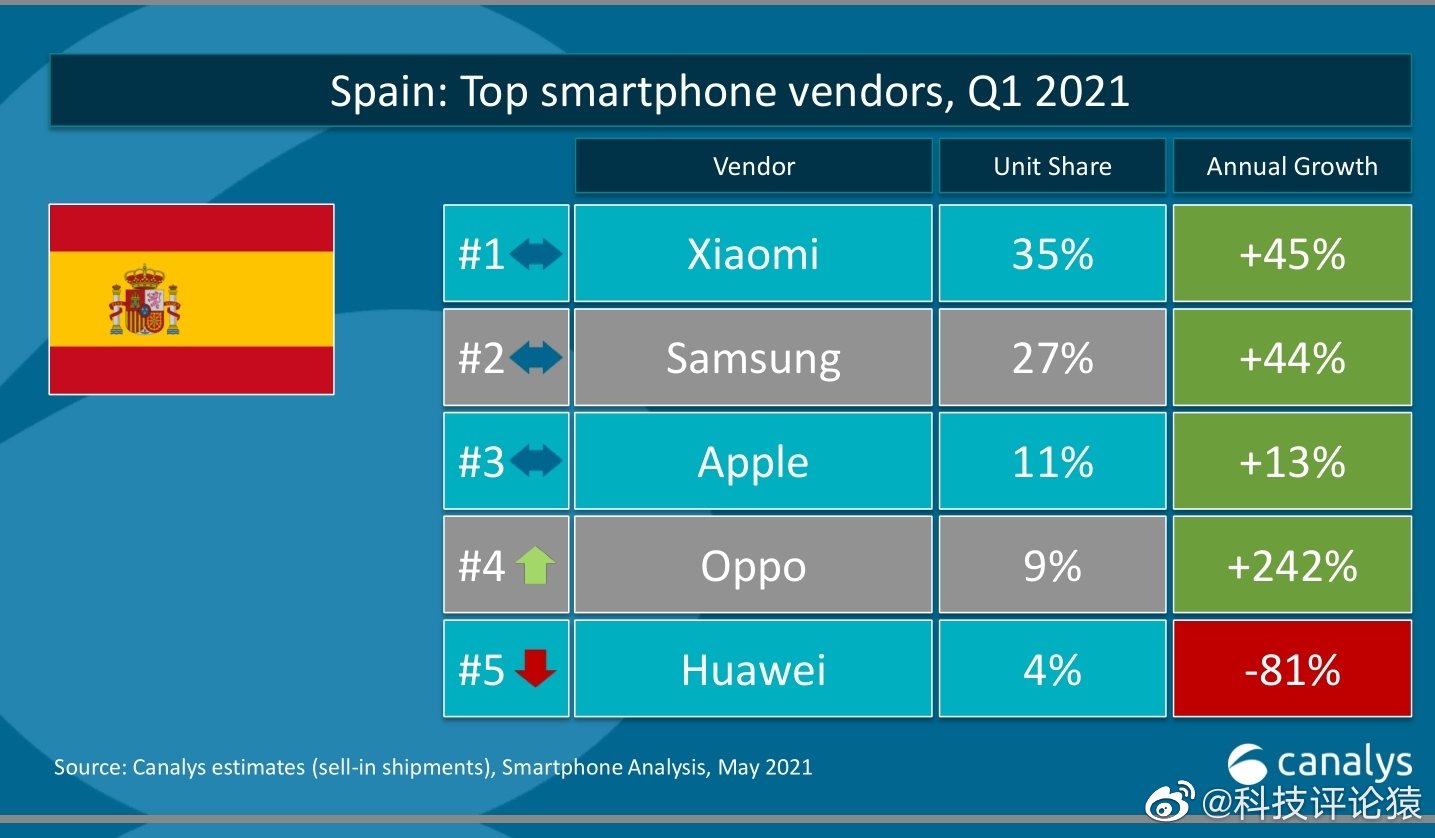 In Spain, for example, the Xiaomi brand holds the lead in smartphone sales. It is followed by Samsung, Apple, Oppo and Huawei.

Huawei continues to benefit from not being able to add Google services to its smartphones, discouraging many customers from buying. We will see if their situation will not improve with the deployment of the new Harmony OS operating system, which should debut this year.

In short, what we have already seen has come true. Xiaomi was able to beat Apple in Europe. If this continues, it would come as no surprise that Xiaomi will be able to steal Samsung's first place later this year. If that happens, we'll let you know right away.

Xiaomi has always been able to bring smartphones with a great price / performance ratio. The fact that it produced its first smartphone in 2011 is an incredible growth in such a short period.

Are you a fan of this Chinese society too? Do you own their smartphone or would you rather reach for a model from the competition? Let us know below in the comments. Follow the Xiaomi Planet website, subscribe to the newsletter and don't forget that you will also find our group on Facebook.

Xiaomi 17PIN smoothie maker will prepare a tasty "sadness" for you. In the Czech warehouse for the lowest price so far