Xiaomi is already breathing on Apple's neck. Will it become the second largest producer?

Xiaomi is already breathing down Apple's neck and is just a short distance from becoming the world's second largest smartphone maker.

Smartphone sales charts are closely monitored. At the moment, however, Chinese Xiaomi breathes on the neck of the American Apple and may even overtake it. Just a small piece and the Chinese manufacturer would become the second largest manufacturer of smartphones.

Xiaomi is already breathing down the neck of the American Apple

The Chinese brand Xiaomi is relatively young, it was founded only in 2010 and its original products include, for example, software and the MIUI superstructure. In addition, this then small Chinese manufacturer made no secret of the fact that its products are inspired by the well-known American company Apple. However, Xiaomi started selling minimalist design and quality workmanship at very attractive and affordable prices. 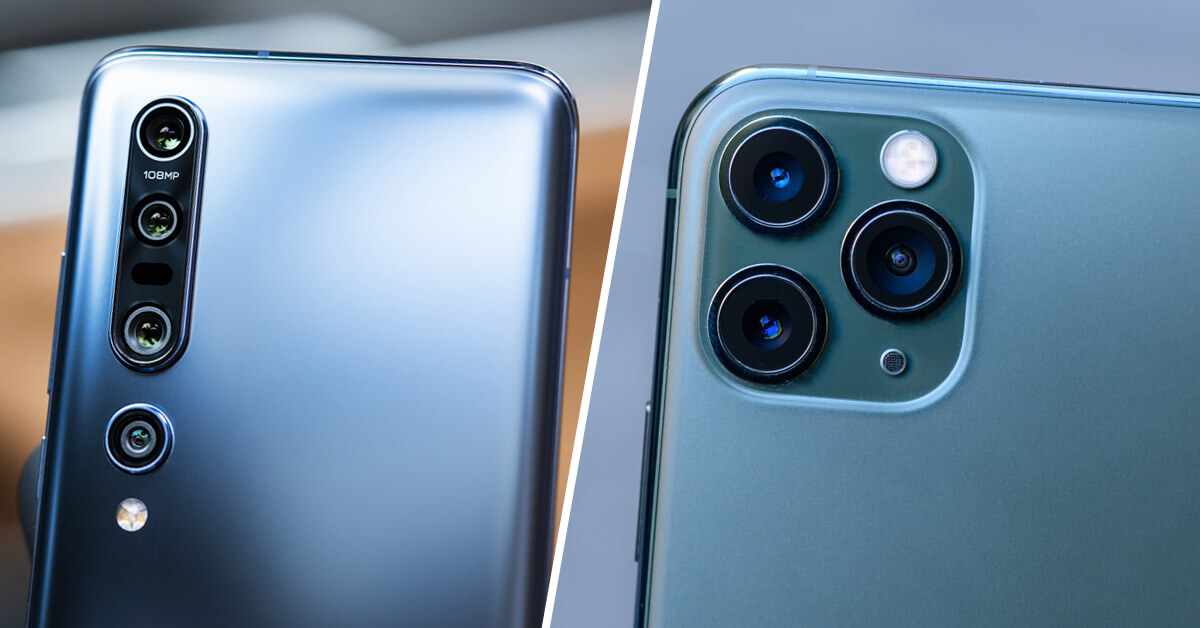 We are currently witnessing a new situation that has not been here before. It is quite possible that even in this case, in the market of mobile phone manufacturers, the student will overtake his teacher. And Xiaomi, as the third manufacturer, could soon overtake the second Apple, which has been an inspiration to the Chinese company for many years.

The new analysis shows only a narrow lead

From Canalys, we know of a new analysis of smartphone sales for the first quarter of 2021. However, the relatively complicated period plagued by the coronavirus pandemic and the chip-shortening semiconductor crisis did not prevent China's Xiaomi from continuing to grow. 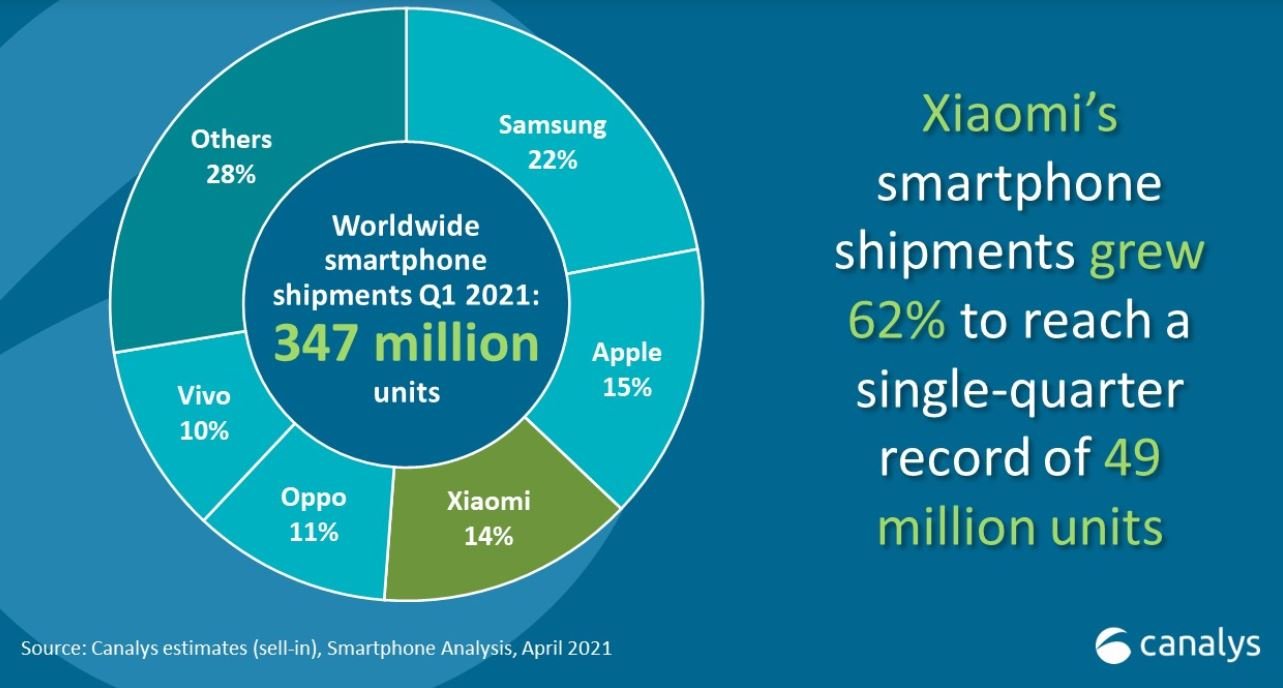 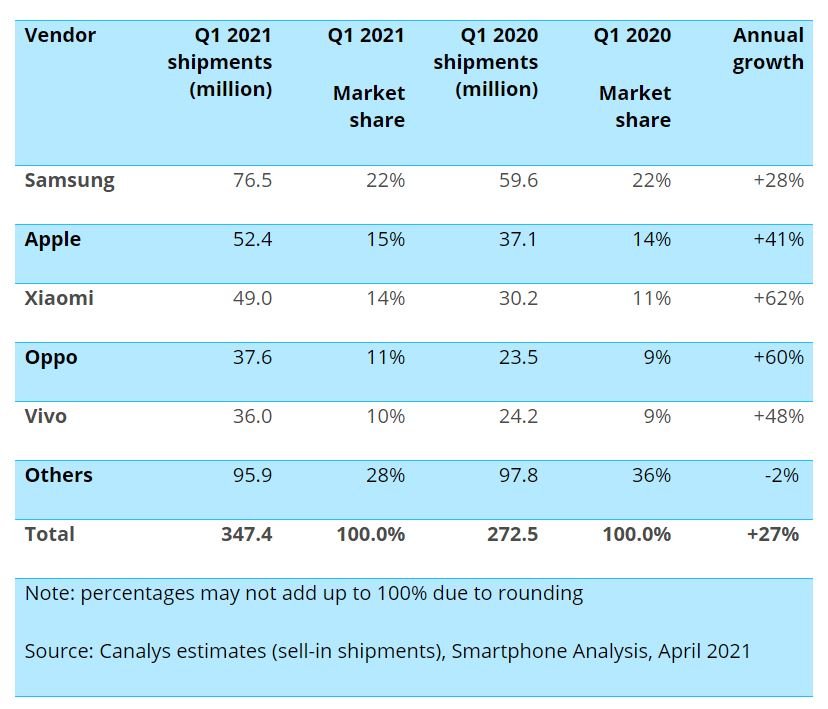 We in the newsroom are curious about how the results of the current quarter will turn out and whether Xiaomi will actually overtake the American Apple. What are your tips? You can easily write them to us in the discussion below the article. Follow our group on Facebook: Xiaomi Planet - A place for real Xiaomi fans and also our portal XiaomiPlanets.com and you will learn more information.

We are among the first to test perhaps the best smartphone for € 300, the POCO F3. Ask what interests you

Xiaomi sells a UV toothbrush sterilizer that kills 99% of the bacteria. It has an excellent price