The 4K drone FIMI X8 SE Black Edition has arrived in the EU warehouse. With a coupon it costs less than from China - Xiaomi Planet

The 4K drone FIMI X8 SE Black Edition has arrived in the EU warehouse. With a coupon it costs less than from China

Xiaomi's involvement in the field of drones is no longer unknown. In cooperation with their subsidiary FIMI, they have several affordable models of quality drones on their account, among which the folding FIMI X8 SE definitely fits.

This 4K drone has been on the market for a long time, but so far it has only been sold in a white version. The manufacturer has now decided to "dress" it in a matte black color, which looks really incredibly good.

Cheaper in the EU than from China

Dron Xiaomi FIMI X8 SE Black Edition is fully on sale and now enters Banggood's European warehouse. There is also a great discount coupon, which will provide an even lower price than from China.

The huge advantage is very fast delivery in 3-5 working days, with the seller sending orders within 24 hours. 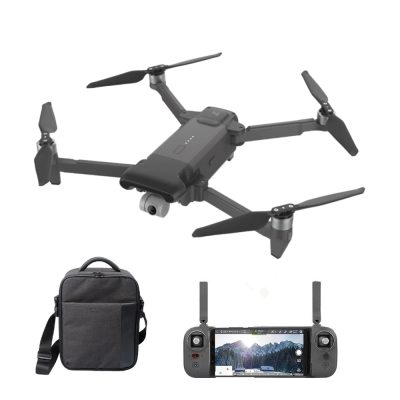 The special black version of the FIMI X8 SE drone is not only exceptional in black, but also in the basic packaging. It contains very practical backpack for carrying a drone together with complete accessories. 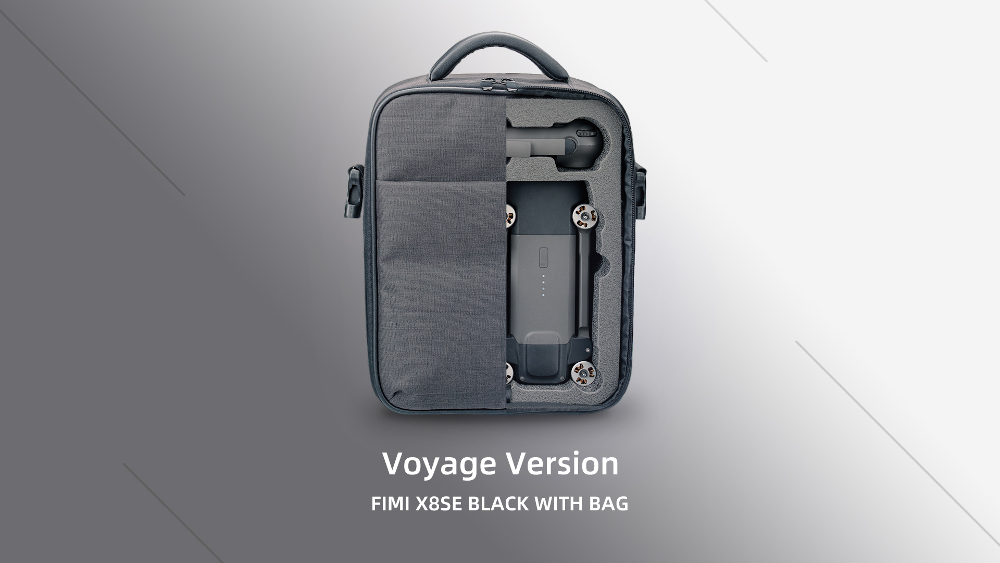 In addition to the drone, the package includes a multifunctional controller, battery, USB cables for connecting the smartphone to the controller, 4 propellers and a charging adapter.

In terms of parameters, the FIMI X8 SE Black Edition is no different from the classic white version. It is still a perfect drone withabout folding construction, more precisely the arms on which the propellers are located. 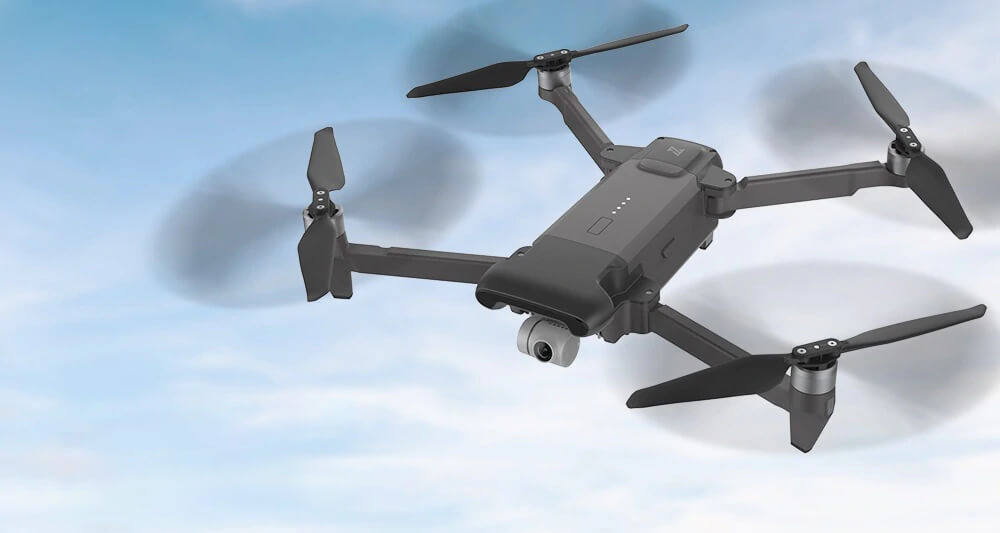 When folded, the drone is 204 x 106 x 72,6 mm, and if you have larger pockets, you won't have any trouble carrying it. Its weight is 790 grams and compared to the famous Mi Drone 4K was weight reduced by a decent 42,8%. Dimensions reduced by up to 70,2%. However, the quality was maintained.

The new Xiaomi and FIMI drone also boasts increased aerodynamic efficiency. The maximum flight speed is 18 m / s (almost 65 km / h), the drone can fly to the maximum altitude 500 meters from the take-off point and can withstand wind speeds up to 50 km / h. 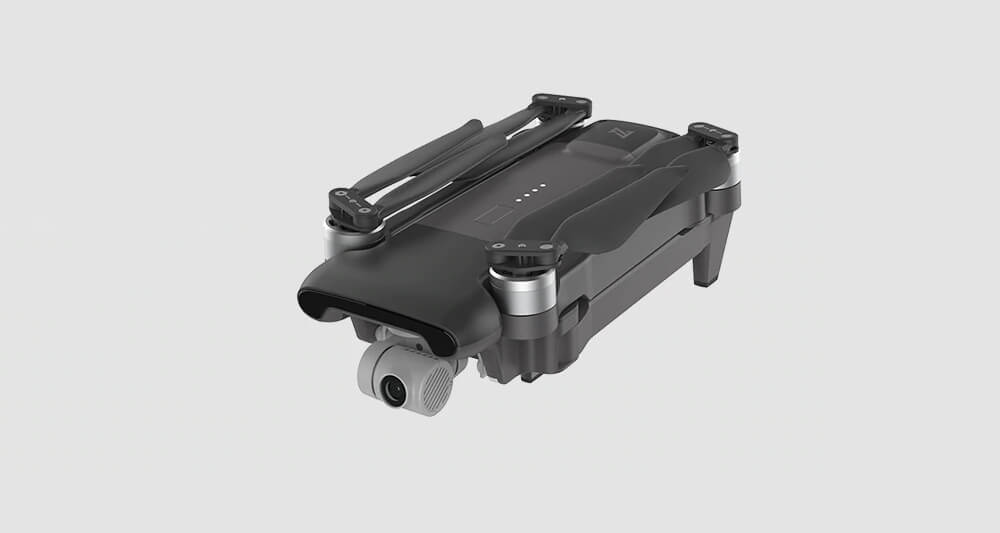 The rate of climb is 5 m / s, it can descend at 4 m / s. There is also GPS with GLONASS to accurately determine the position of the drone. 4500 mAh battery should provide enough power for 33 minutes flight.

The controller contains a built-in 3900 mAh battery and offers control range up to 5 km. The drone and controller communicate over the frequency range 5,725 - 5,850 GHz. You can insert a smartphone or tablet into the controller, as the controller has a customizable width. It is then possible to watch on the display real-time HD video streamthat works through the original app.

FIMI X8 SE also brings quality camera. Sony IMX378 sensor It is placed in mechanical gimbala with 3-axis stabilization. It ensures ultra-smooth video without shocks, even at high speeds. The sensor has a resolution of 12 MPx, a size of 1 / 2,3 ″, an aperture of f / 2.2 and a pixel size of 1,55 µm. The same sensor has been used in Google Pixel and Pixel XL, for example. 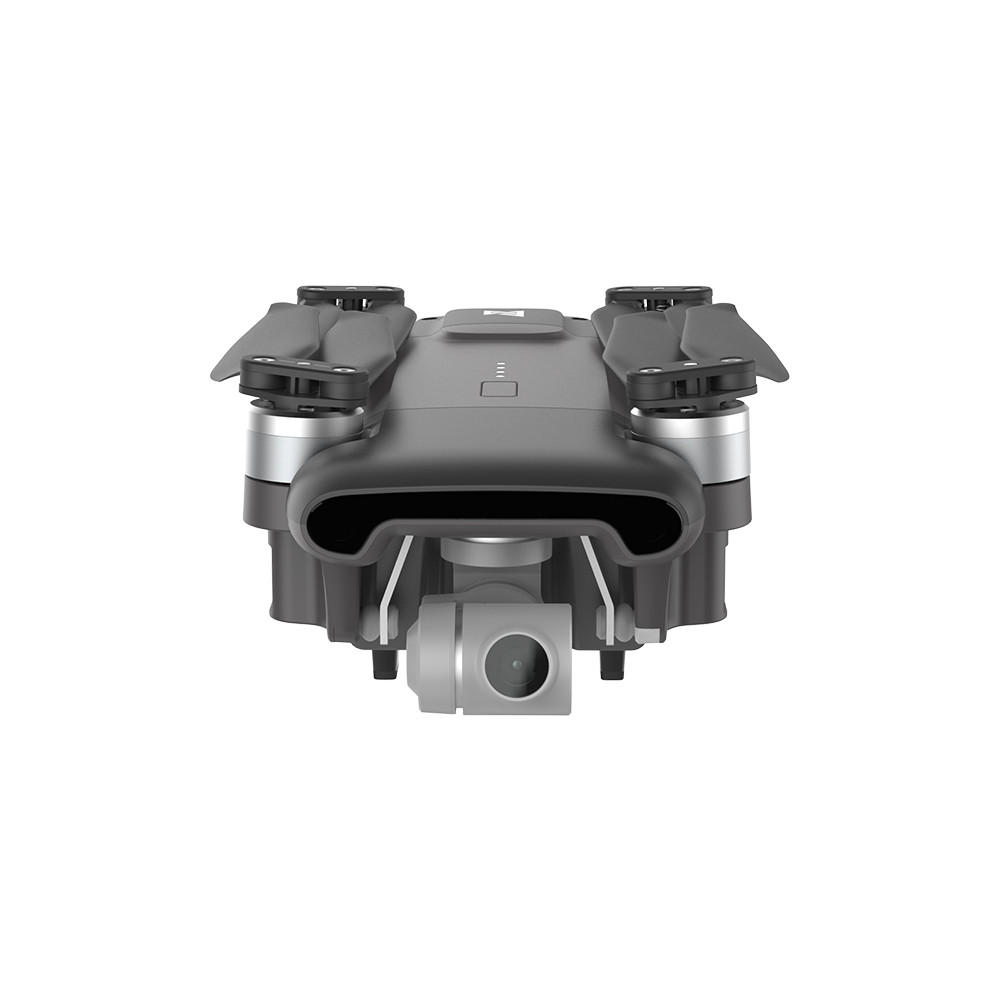 In cooperation with the image processor Ambarella create 4K video at 30 fps with a high bitrate of up to 100 Mbps. The maximum shutter speed is 1/8000 second and the sensor offers the possibility to store in DNG RAW format.

More professional users have the opportunity to win in the post-process with captured content. For video, ISO is available in the range of 100 - 3200, for photos it is the maximum ISO 1600. The video is saved in MP4 format on a maximum of 64GB microSD card. The manufacturer recommends cards from Sandisk or Kingston with speed class U3.

Everyone can already create movie shots

The manufacturer has equipped the new drone with interesting video recording modes. For example, when film mode the drone flies around the selected object or flies back / forward with constant object tracking. There is an object tracking feature in motion, such as a person running.

The news is possibility to plan a flight route and tasksto be performed by the drone. Features include the ability to capture a 180-degree panorama and smooth-motion time-lapse shots.

The drone is even equipped rescue function - SAR (Search and rescue). Thanks to accurate GPS and 3x digital zoom, rescuers can use the drone to locate the target in hard-to-reach terrain, such as in the mountains.

Also included is a precision landing mode where the camera detects the landing area and lands smoothly. Protective systems such as home return button, obstacle avoidance, or home return when the battery runs out are also commonplace.

The Xiaomi Mi 10 Pro is supposed to get an ultra-fast 66 watt charge. It fully charges in 35 minutes