Great news: Xiaomi will offer an update to up to 3 versions of Android and 4 years of security patches for the new Xiaomi 11T series - Xiaomi Planet

A big step for Xiaomi. She officially announced their upcoming models Xiaomi 11t a Xiaomi 11t pro they will receive support for up to 3 new versions of Android and up to 4 years of security patches.

Xiaomi argues that continuous hardware improvements automatically extend the life cycle of the device. So users don't have to change their smartphones as often. More and more customers are focusing on getting new versions of Android. This is also associated with the latest features, which even older high-performance hardware will easily handle.

Xiaomi is committed to providing users with superior hardware and consistent performance. It will do this by delivering major Android updates and 4 years of security patches to its smartphones for three years. 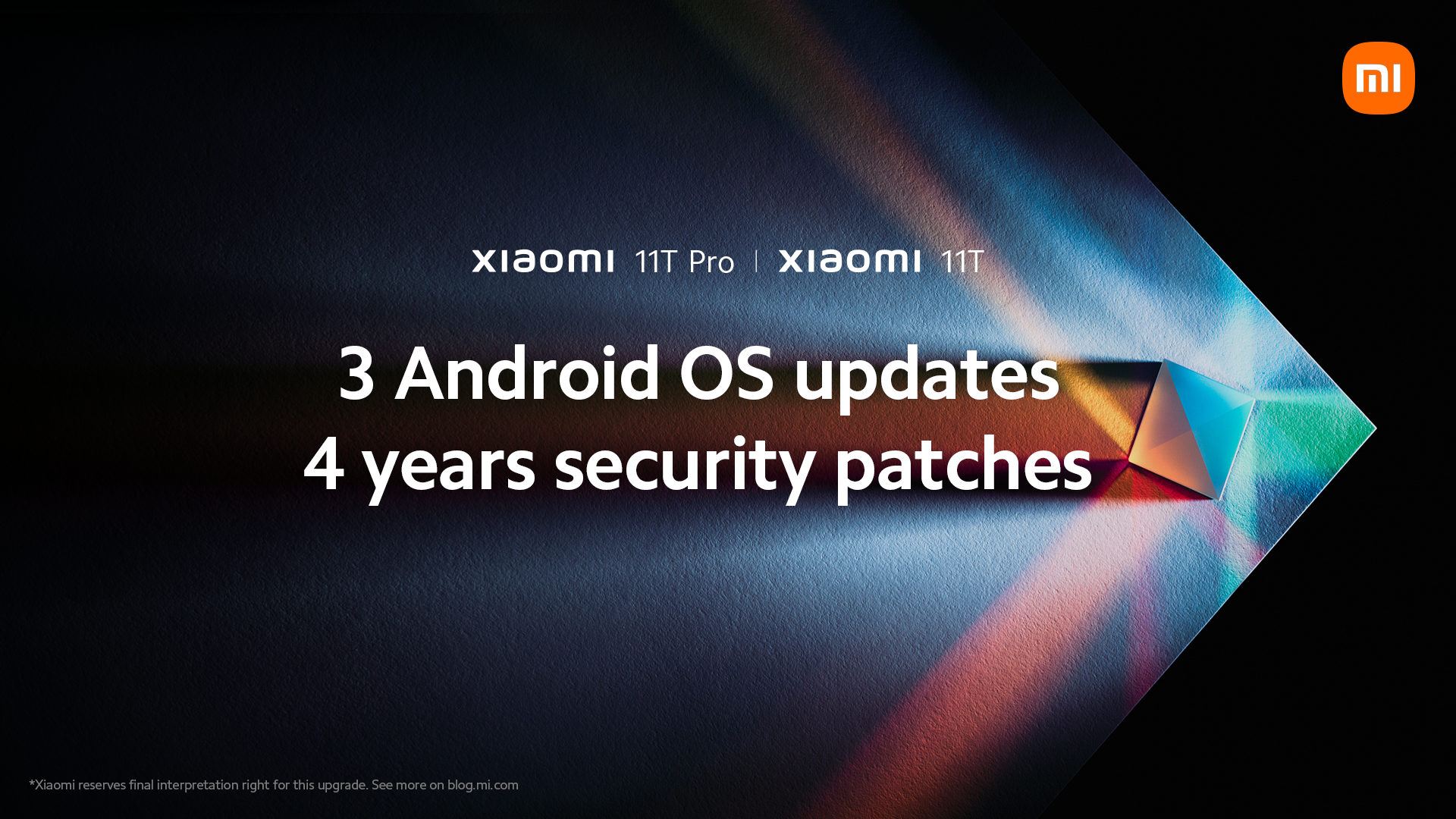 So far, these updates only apply to the Xiaomi 11T and Xiaomi 11T Pro models, which we should know next Wednesday, September 15.9.2021, 11. However, it is possible that this support will be extended to other models over time. We expect that at least the flagship models of the Xiaomi Mi 11 series could get the same promise. Those with the XNUMXT series models share the same processor, so this should not be a big problem.

From a certain point of view, it is also a marketing step by which Xiaomi wants to increase sales of these two new models. Whether they succeed, we will have to wait for sales statistics.

The availability of the update will depend on a variety of factors, including the complexity of the update, local regulations, the market, and other factors. Either way, this is a very good move from this Chinese giant.

Most brands still promise only two major Android updates. The only exceptions are the Google, Samsung and OnePlus brands. Such Apple also has support for the latest version of iOS, ready for models that are even 5 years old.

How do you like this step of Xiaomi? Would that be another reason for you to buy one of these upcoming smartphones? Let us know below in the comment below the article. Follow XiaomiPlanet, subscribe to news, and join our group on Facebook, where we also create an active Xiaomi community for you.