A possible Xiaomi Mi 10 Pro Plus has appeared in the AnTuTu Benchmark. We will see extreme performance and other great features

A possible Xiaomi Mi 10 Pro Plus has appeared in the AnTuTu Benchmark. Shows extreme performance

Earlier this month, he received a device marked Xiaomi M2007J1SC 3C certification. This means that the model will support charging with a 120 W charger that you may already know. This is probably a phone in preparation Xiaomi Mi 10 Plus.

The upcoming 5G smartphone does not currently have a known official name, but it is very likely that it will be a phone from the model line Xiaomi Mi 10.

There is also speculation about a possible name Xiaomi Mi 10 Plus, with his debut set to take place next month in his home China.

Prior to the launch of the new product in August, various specifications and a point result were revealed in the AnTuT benchmark application. The achieved score is extremely high.

Xiaomi Mi 10 Pro Plus shone in the AnTuTu Benchmark application 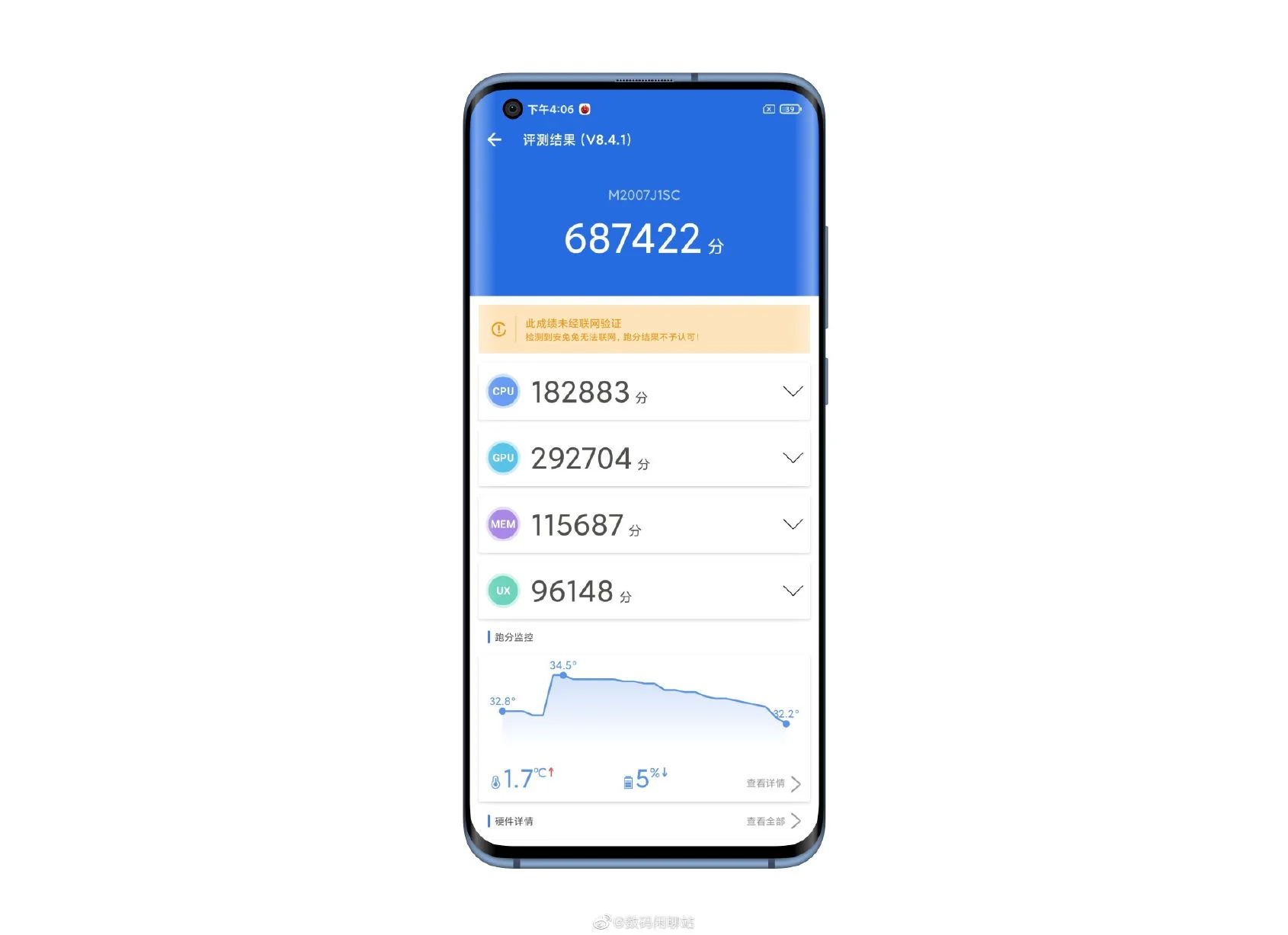 When we add all this up, we get really respectable ones 687 422 points in AnTuT. Screenshots of the completed test were published on the social network Weibo. Their resolution is identical to the Xiaomi Mi 10 and Mi 10 Pro models.

We will also see bent edges of the screen, a higher refresh rate, reaching possible 120 Hz and the so-called "puch-hole" cutout for the front "selfie" camera in the upper left corner.

The camera set and Snapdragon 865+ processor are still unknown

Other reports say the use of a 108 MPx primary sensor on the back. Other sources speak of a 48 MPx camera.

As you can see, it is not yet entirely clear what the novelty will have. Undoubtedly, however, we all have something to look forward to.

In the end, several sensors will be included in the photo equipment, such as an ultra-wide-angle or telephoto lens with multiple optical zoom. It is also worth mentioning the increasingly popular deployment of a dedicated macro camera.

Of course, there is also the use of one of the most powerful mobile chipsets in the world, Snapdragon 865+.

If we find other interesting information about the news from the world of Xiaomi, we will definitely inform you about it in the form of an article on our website.

Therefore, if you like Xiaomi products, we recommend that you turn on news from Xiaomi Planet directly to your e-mail box.

We test the best from Xiaomi up to € 300: New available 5G smartphone Xiaomi Mi 10 Lite. Ask what interests you

You will also be able to play on the Black Shark 3S smartphone using a mouse, keyboard and larger monitor