Xiaomi Mi 9T Pro (Redmi K20 Pro) has increased water resistance. It was revealed by the disassembly of a smartphone - Xiaomi Planet

Xiaomi Mi 9T Pro - rebranded Redmi K20 Pro is a real smartphone. It is not for nothing that he earned the name of the flagship killer "Killer 2.0". Proper hardware, charming appearance and great features make it a top product. But what is it under the packaging?

Xiaomi Mi 9T Pro also looks attractive from the inside

known Jerry Rig Everything has released a video on its YouTube channel disassembling the Redmi K20 Pro smartphone. However, it is no different from the global Xiaomi Mi 9T Pro available to us, and in this case it is the same device. Let's look at this in more detail now. 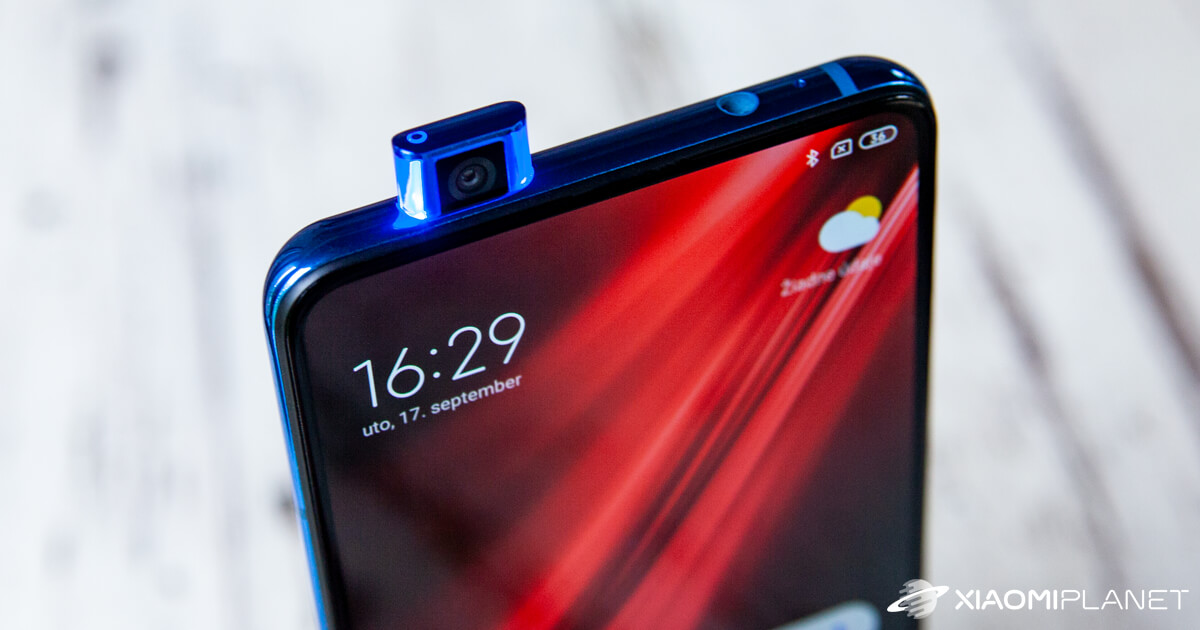 Xiaomi Mi 9T Pro / Redmi K 20 Pro is laid out in a classic, so-called sandwich way. After removing the back panel, it is revealed to us that some elements of the phone are protected by a rubber seal. It seems that the Xiaomi developers have included elements of water resistance in the phone, but without certification. Water protection elements are also noticeable when removing other components. 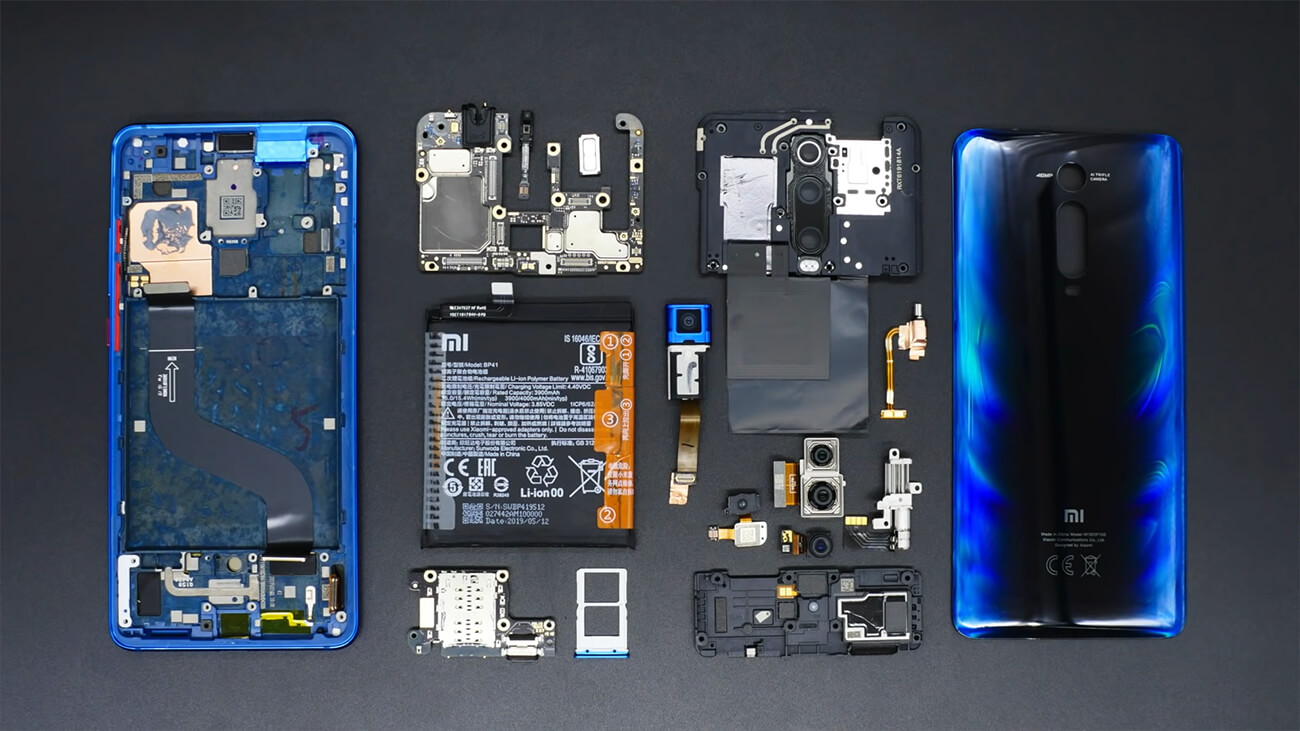 Although the phone is not completely waterproof, there are various openings on it that do not have protective elements. However, together with the protective coating P2i and the protective components inside the device, sufficient protection against liquid splashing is created. 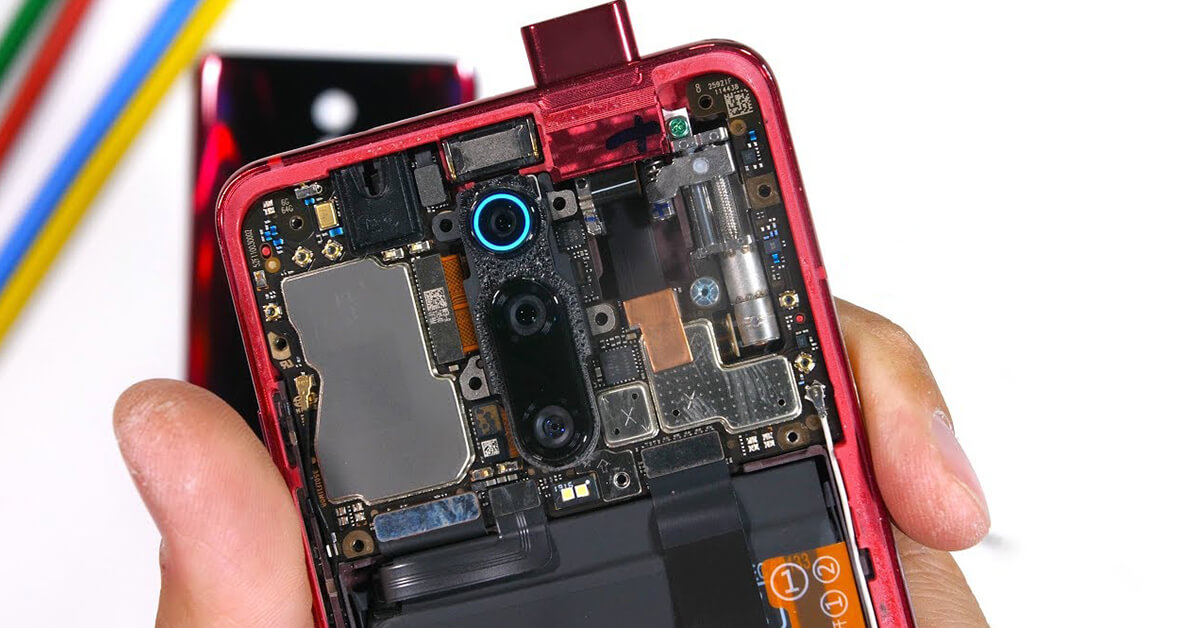 Xiaomi Mi 9T Pro / Redmi K20 Pro thus won some degree of water resistance, even without the cost of the certification process. Interestingly, Xiaomi does not mention increased water resistance at all, and the smartphone really does. For many users, this is important information.

Perfection of the sliding mechanism of the front camera

It is also worth mentioning the mechanism for ejecting the module with the front camera. It forms a motor with a small threaded rod, which rotates the module up and down. Note the size and shape of the flex power cord.

It is long enough and has a shape resembling an eight. None of its parts are directly stressed and should therefore withstand multiple uses. The LEDs on the sides of the camera module look very effective, as from gaming smartphones.