Xiaomi Mi 10 Pro returns to the DxO Mark podium. After a new analysis

Xiaomi Mi 10 Pro as the company's flagship smartphone, it is returning to the top of the photo ladder DxOMark. This happened after a new analysis by a popular portal.

With a total score of 128 points, he also jumped over some of the latest competing flagship smartphones, which are several hundred euros more expensive to sell with their photographic equipment.

Now this portal has carried out a new analysis of the Mi 10 Pro device from Xiaomi, thanks to which this smartphone has returned to the podium position of the photographic ladder.

Although the Mi 10 Pro model was originally placed in fifth place, it is now in third place on the photographic ladder after re-testing.

This is due to an update performed by a separate DxO Mark testing lab. The update consists in changing the analytical methods in order to control the photographic qualities of high-end smartphones.

The leader is still the flagship Xiaomi Mi 10 Ultra, the second is Huawei

As a result, we can consider the Chinese brand Xiaomi to be the current king of photography. The leader of the ranking is the model Xiaomi Mi 10 Ultra with a gain of 133 points, to which the model is now added Xiaomi Mi 10 Pro in third position with a gain of 128 points. The second place among them was occupied by a competing flag smartphone Huawei P40 Pro. 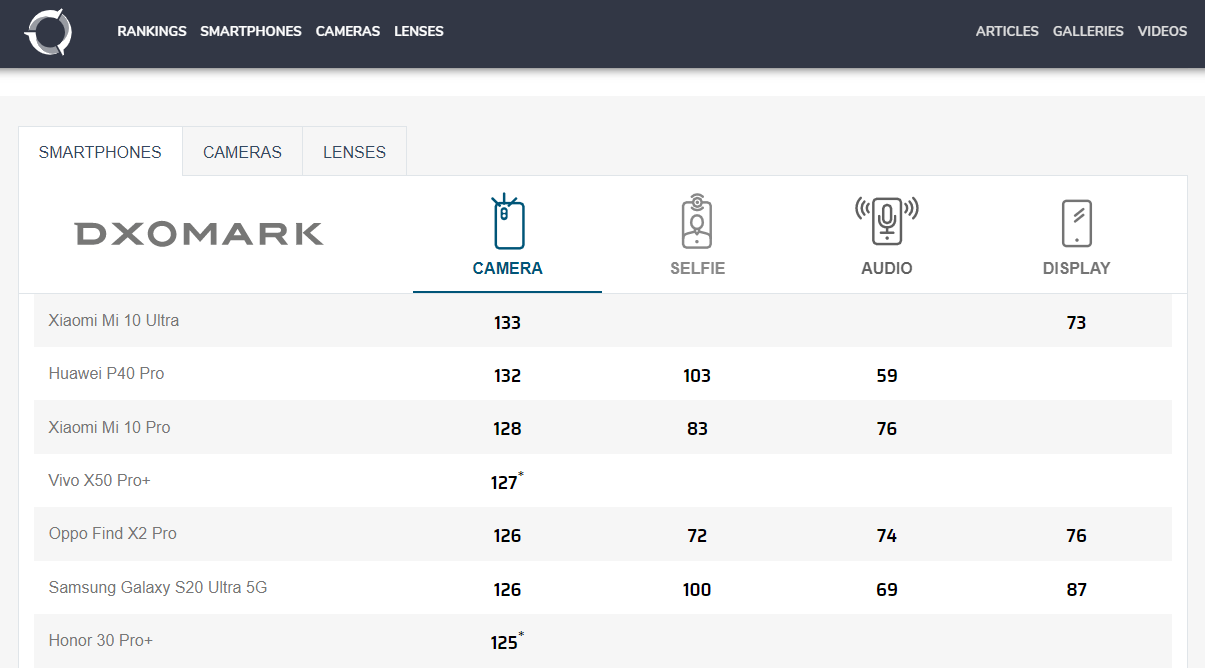 Let's not forget that testing in DxOMark testing laboratories does not only take into account the final resp. the resulting photo. The result of exhaustive professional tests is also a detailed analysis of all the features of the cameras themselves, as well as their optimization and software.

Are you satisfied with the photographic features of Xiaomi smartphones? You can easily write your observations and opinions to us below in the discussion below the article. Follow our Facebook and Xiaomi Planet portal to learn more.

Xiaomi has reduced the use of plastics in smartphone packaging by 60%. However, it still offers a charger in the package