Lei Jun: You have something to look forward to, Xiaomi Mi MIX 4 will be revolutionary! - Xiaomi Planet

Lei Jun: You have something to look forward to, Xiaomi Mi MIX 4 will be revolutionary!

Xiaomi's CEO, Lei Jun, is also known for his work on the Chinese social network Weibo. He currently has a lot of work to do with the presentation of the upcoming series of phones Xiaomi CC.

However, many fans of the brand keep asking top official Xiaomi the same questions. They mainly concern the expected fourth model of the phone from the Xiaomi Mi MIX series. The last model in this series, the Mi Mix 3, was introduced just eight months ago.

If we take into account the annual periodicity, the new model could be introduced in about four months, ie in October / October. 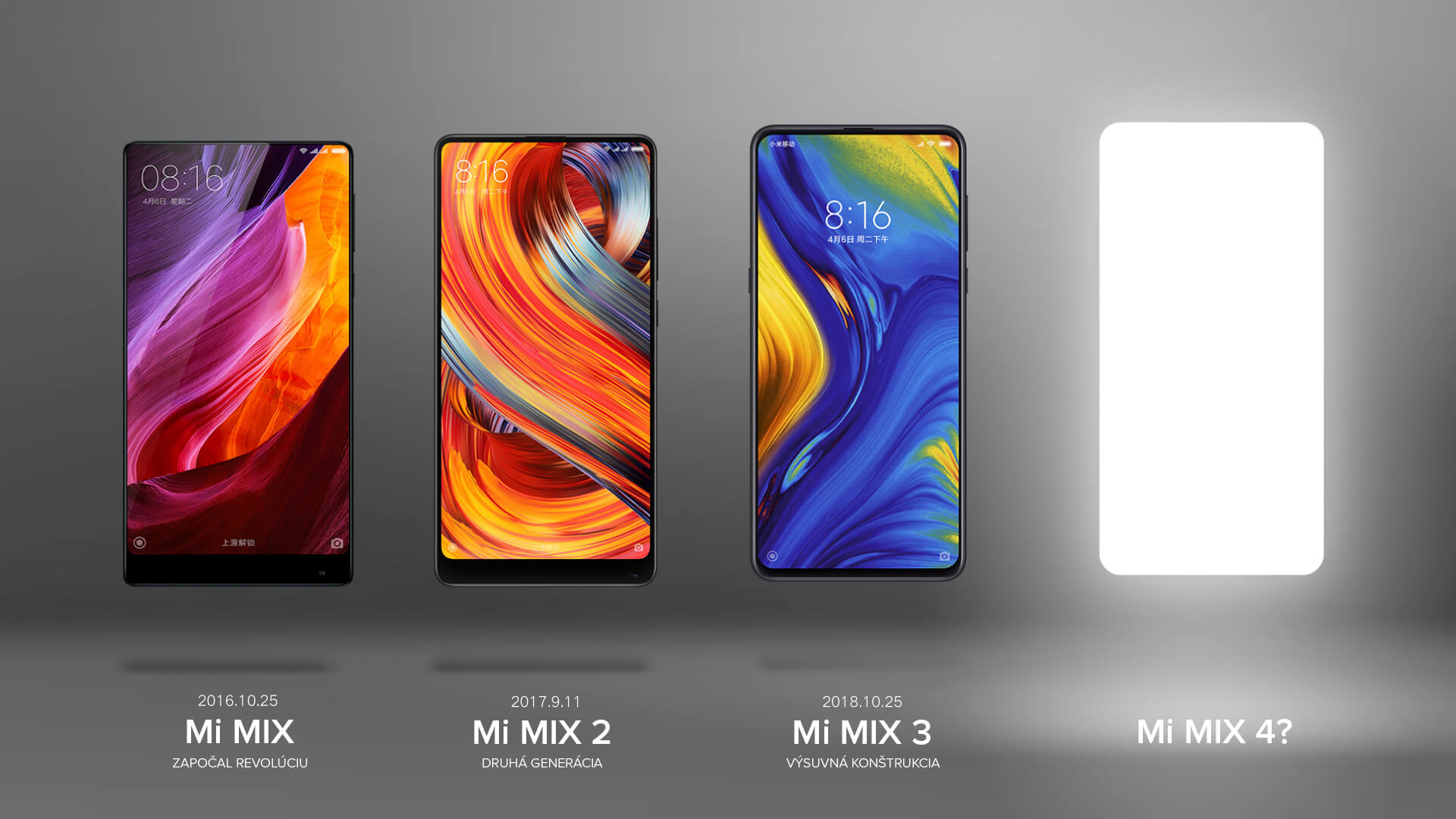 However, questions about the new Mi Mix model increased and Lei Jun finally commented on the onslaught of fans. He answered one of many questions yesterday, thus confirming that the Xiaomi Mi Mix 4 model is being prepared. Then Lei Jun added that it pays to wait and look forward to it. Finally, in his reply, he added: "Trust us".

Although this statement did not reveal the date of the performance or any information about the phone, it at least confirms that the new Mi MIX is on the way. And as this is a premium model from Xiaomi, it is expected to have a lot of innovation in the equipment.

At least one of the three innovations that have already been partially introduced is possible.

The latest technology that Mi MIX 4 could have

These are, for example, upgrade the fingerprint sensor under the display. Yes, we've been using it for some time, but Xiaomi is working on a major improvement. In particular, work is being done to enlarge the sensing zone to make unlocking faster and more convenient.

The second improvement that is expected is super fast charging technology "Super charge turbo". This technology can charge a smartphone with a 100 mAh battery at an incredible power of 4000 W. 17 minutes. Her presentation was published in an accelerated video a few months ago.

Another highly anticipated novelty is location front camera under the display. Finally, we would see a phone without cutouts, slide-out or flip-up modules. This technology was also presented in a short video.

We will not write speculations about possible hardware equipment. As the Mi MIX is a premium series, it is more than certain that the new model will have the most powerful mobile processor and the memory content of RAM or storage will be within the upper limits used in smartphones. We have also recently informedthat Xiaomi works on a mobile phone with a dual 64 MPx camera.

Today we don't know when the new Xiaomi Mi MIX 4 will come and we don't even know its specifications. What is certain, however, is that his performances are still being prepared in Xiaomi this year.

Regular news about Mi MIX 4 also in your e-mail box. ?

Xiaomi CC9 in other official photos. This time in a brand new color

Lenovo Z6 Pro directly attacks the Mi 9. It has a quadruple camera, 4000 mAh battery and the same price